One can build a particle from 6 quarks in several different ways. If one uses six quarks only, the baryon number of such a particle would be equal to two, and it will be called a “dibaryon”. A state made of three quarks and three anti-quarks has baryon number equal 0 and is called a “baryonium”. Baryonium states can often mix with mesons and tetraquarks, making their experimental signature complicated. Only few possible baryonium candidates have been discovered to date. Conversely dibaryons, due to baryon number conservation, cannot mix with ordinary hadrons and can be more easily identified. Like tetraquarks and pentaquarks, hexaquarks can exist in the form of “genuine multiquark” or as a baryon-baryon molecule.

The deuteron, a bound baryon-baryon molecular system comprising a proton and neutron is the simplest "dibaryon", a 2.2 MeV bound state of the proton and neutron with aligned spins. However there are several other established molecular di-baryonic objects: the “demon deuteron” – a proton-neutron (di-proton/di-neutron) system with the spins anti-aligned which is almost stable (unbound by 66 keV only); the Lambda-N quasi-bound state, unbound by 166 keV; the  Xi-N state, unbound by about 0.5 MeV etc…
The only non-trivial 6-quark object observed to date is the d*(2380) dibaryon, made enetirely from light (u,d) quarks. It is predicted to be hexaquark-dominated state spending 2/3 of its life in a form of compact hexaquark (“genuine dibaryon”) and 1/3 as a -molecule. The Edinburgh nuclear physics group is leading a number of new experimental studies to pin down the true nature of the d*(2380) and establish the existence of other states in the heavier quark sectors. 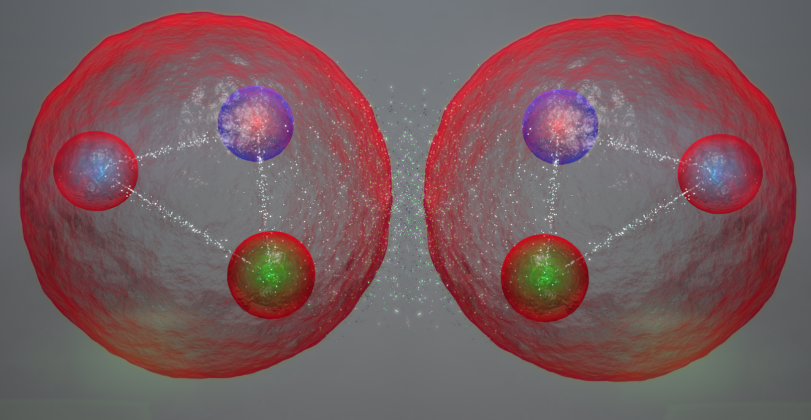