The observation of neutrino oscillations both solved the solar neutrino puzzle and opened up the possibility of CP violation in the neutrino sector. This will be searched for by the next generation of neutrino experiments in the coming decay which will also study proton decay and astrophysical neutrinos.

The PPE group works on both the next generation neutrino experiments Hyper-K in Japan and http://www.dunescience.org/ in the USA.

Hyper-K is a planned next generation underground water Cherenkov detector situated in Kamioka, Japan. Currently, it is the R&D phase with first running expecting around 2026. It consists of two cylindrical tanks  each with a height of 60 m and diameter of 74 m giving a 520,000 tonne water target. The detector volume is about 10 times larger than the existing Super-Kamiokande (SuperK) detector. On the walls of the tanks, 40,000 ultra-sensitive photo-sensors will be installed,  to detect the Cherenkov light generated in the water.

Hyper-K will serve as the far detector for a long baseline neutrino oscillation experiment planned for the upgraded J-PARC proton synchrotron beam located at Tokai. With a total exposure of 7.50 MW x 107s to the $2.5^{\circ}$ off-axis neutrino beam, Hyper-K aims to make a measurement of the CP (charge-parity) violating phase of the neutrino mixing matrix, $\delta_{CP}$, and to determine the neutrino mass hierarchy through the study of atmospheric neutrinos. It is expected that the CP phase $\delta_{CP}$ can be determined to better than $19^{\circ}$ for all possible values of $\delta_{CP}$ and CP violation can be established with a statistical significance of 3(5)σ for 76(58)% of all possible values of $\delta_{CP}$. 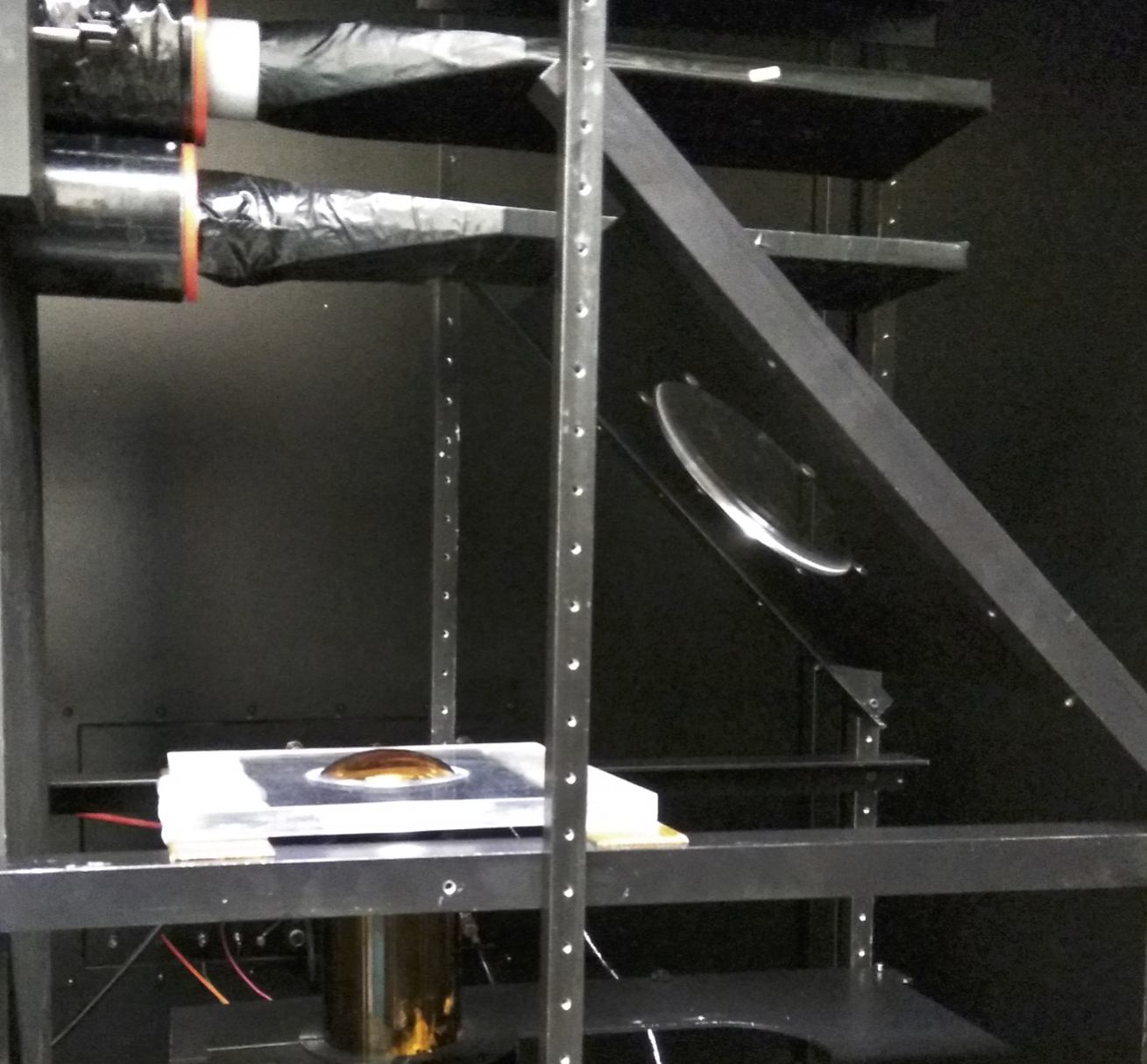 The detector is also capable of observing proton decays, atmospheric neutrinos, and neutrinos from astronomical origins enabling measurements that far exceed the current world best measurements. The focus of our work is low energy reconstruction and neutron tagging for a new intermediate water cherenkov detector (E61) and R&D for the outer veto detector of Hyper-K itself. A possible design for this that we are studying is based on 3" PMTs with wave length shifting plates.

We are also part of the the ANNIE experiment at Fermilab which is also a Water Cherenkov detector. ANNIE aims to measured neutron yield of atmospheric neutrino interactions in gadolinium-doped water and to act as testbed for a new type of photon detector (The LAPPD) which has precision timing capabilities and promises to transform the field of single photon detection. On ANNIE we are focussed on simulation studies of the LAPPD response and the application of machine learning techniques to event reconstruction.

DUNE is a long-baseline neutrino expeiment under construction in the US. A beam of neutrinos will be sent from Fermilab, near Chicago to the Stanford Underground Research Lab in South Dakota 800 miles away. The DUNE far detector consists of 70,000 tonnes of liquid Argon. The use of liquid Argon allows to reconstruct the products of neutrino interactions with high precision. The Edinburgh group activities are related to data acquisition, networking, detector simulation and photodetector development. For further information contact f.muheim [at] ed.ac.uk (Franz Muheim) or peter.clarke [at] ed.ac.uk (Peter Clarke).

We are also members of the WATCHMAN collaboration. Large fluxes of anti-neutrinos are an unavoidable and clear by-product of nuclear fission. Being able to remotely monitor the operations of a registered reactor or discovering a clandestine reactor strengthens the global nuclear non-proliferation regime. WATCHMAN aims to demonstrate that it is possible to detector anti-neutrinos from a nuclear reactor in a Gadolinium doped water Cherenkov detector. The chosen site to demonstrate the feasibility of this technique is the STFC Boulby Undeground Facility located in Yorkshire. The aim is to demonstrate that anti-neutrinos from the Hartlepool nuclear reactor can be detected. Detector construction is beginning with operation planned for 2020. The Edinburgh groups activities in this area are focussed on testing of the PMTs of the experiment.  For further information contact f.muheim [at] ed.ac.uk (Franz Muheim), amurphy [at] ph.ed.ac.uk (Alex Murphy) or mneedham [at] staffmail.ed.ac.uk (Matthew Needham) .