Advanced detector technologies underpin particle physics. The group is involved in developing cutting edge silicon pixel detectors for the ATLAS upgrade and studies of the latest generation of single photon detectors for future applications in flavour and neutrino physics. 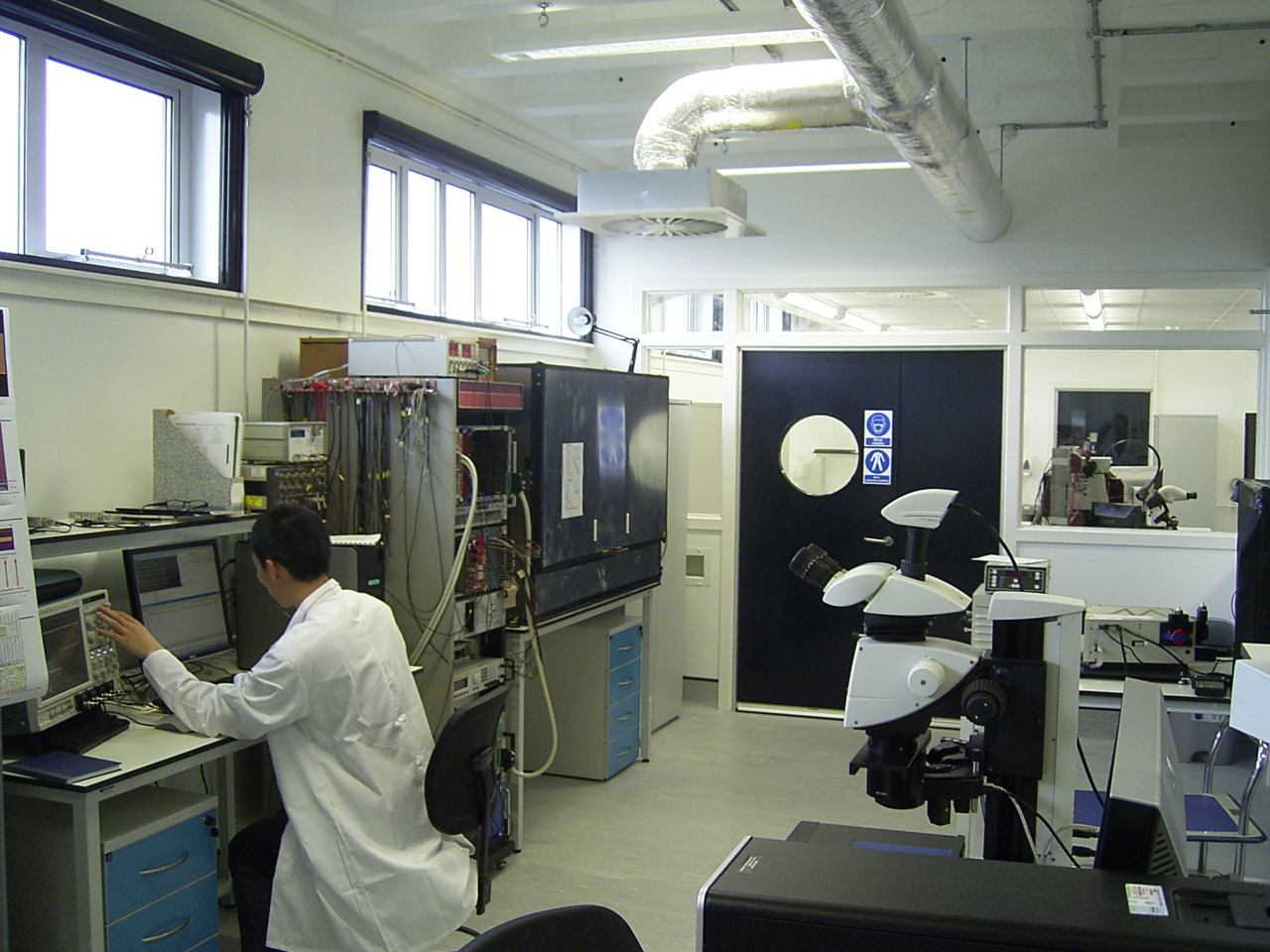 Particle physics uses many novel techniques in its detectors. Almost all new detectors push the forefront of technology in one way or the other. Either through a new technology, or using an existing technology for something for which it wasn't originally designed. The scale, efficiency, sensitivity and radiation hardness of the detectors pose many challenges and some of which result in spin off technology for medicine and industry.

Using approximately £900k of funds from the University of Edinburgh and the Scottish Universities Physics Alliance (SUPA) we have set up an Advanced Detector Development Centre (ADDC) in the School of Physics and Astronomy. A large laboratory space was refurbished in the James Clerk Maxwell Building, including a clean room to work with bare silicon sensors. The state-of-the-art equipment comprises a probe station for failure analysis of silicon devices at temperatures down to −60°C, a semiconductor characterisation system, a ball and wedge wire-bonder, which will be complemented by a precision silicon placement and die attachment facility, and a climate chamber. The ADDC also provides a full suite of RF-graded test and measurement electronics, matching general purpose readout electronics, a high powered 3D microscope, a monochromator system, a picosecond pulsed laser and complementary infrastructure to work with silicon and photon detectors.

The group is taking part in the development of the Forward Pixel Detectors for the upgrade of the ATLAS Inner Tracker, which uses leading-edge silicon pixel detectors. The group is also responsible for the characterisation and quality assurance of the photon detectors for the upgrade of the LHCb Ring Imaging Cherenkov detectors, which employ the two latest developments in the multi-anode photomultiplier technology.

In the context of the LHCb upgrade we have carried out R&D of MaPMTs including the development of magnetic shielding. The group is responsible for Quality Assurances for these devices and built two automatic test stations.

For future applications we are performing tests of micro-channel plate detectors. These devices have 50 ps time resolution and excellent spatial resolution and have the potential to revolutionize single photon detection.